Causes of a Failed Embryo Transfer 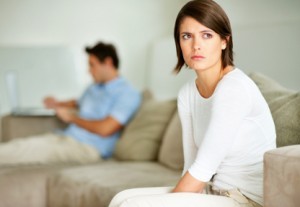 The confirmation of a failed embryo transfer can feel devastating. After weeks, sometimes months, of contracts, medications, and monitoring, a negative pregnancy test result often leaves both intended parents and surrogates feeling confused, angry, and even a bit hopeless. The good news is that a negative pregnancy test now does NOT mean there won’t be a positive test in your future. While we often won’t have an exact reason as to why your transfer failed, here’s a look at a few common culprits.

Sometimes eggs and embryos that look great on transfer day fail to divide and multiply properly once inside the surrogate’s uterus. Most IVF doctors use an embryo grading system based on factors such as symmetrical cell structure, large inner cell mass, and evidence of as few fractions as possible in the cells to determine the quality of the embryo. However, even embryos with a high grading may fail to result in a positive pregnancy test. Occasionally, genetic defects in the developing embryo are also believed to play a part in a failed transfer.

Occasionally a sperm head can contain abnormal DNA. If the sperm used to fertilize the egg does not have competent DNA, the embryo may fail to divide properly leading to a negative pregnancy result. Factors known to have an impact on sperm quality include exposure to chemicals and tobacco use.

A thin endometrium (uterine) lining is a leading cause for failed transfer in all IVF transfers. The surrogate will be monitored closely in the weeks preceding transfer in order to ensure that her lining is thickening nicely. In most cases medication protocol can be altered to try and thicken the lining. If an optimum lining cannot be reached the transfer may be cancelled, or potentially unsuccessful if completed.

In most cases the exact cause for a failed transfer will remain unclear. However, the success rates of second transfers are generally much higher than those of first transfers. Your doctor will work with you and your surrogate to make the changes that are most likely to result in a positive pregnancy on your next cycle. Sometimes, in extreme cases, it may be suggested to try changing one or several variables after several failed transfers. These variables can include introducing the use of a donor egg, choosing to use a different egg donor, introduction (or change of) a sperm donor, or a new surrogate.